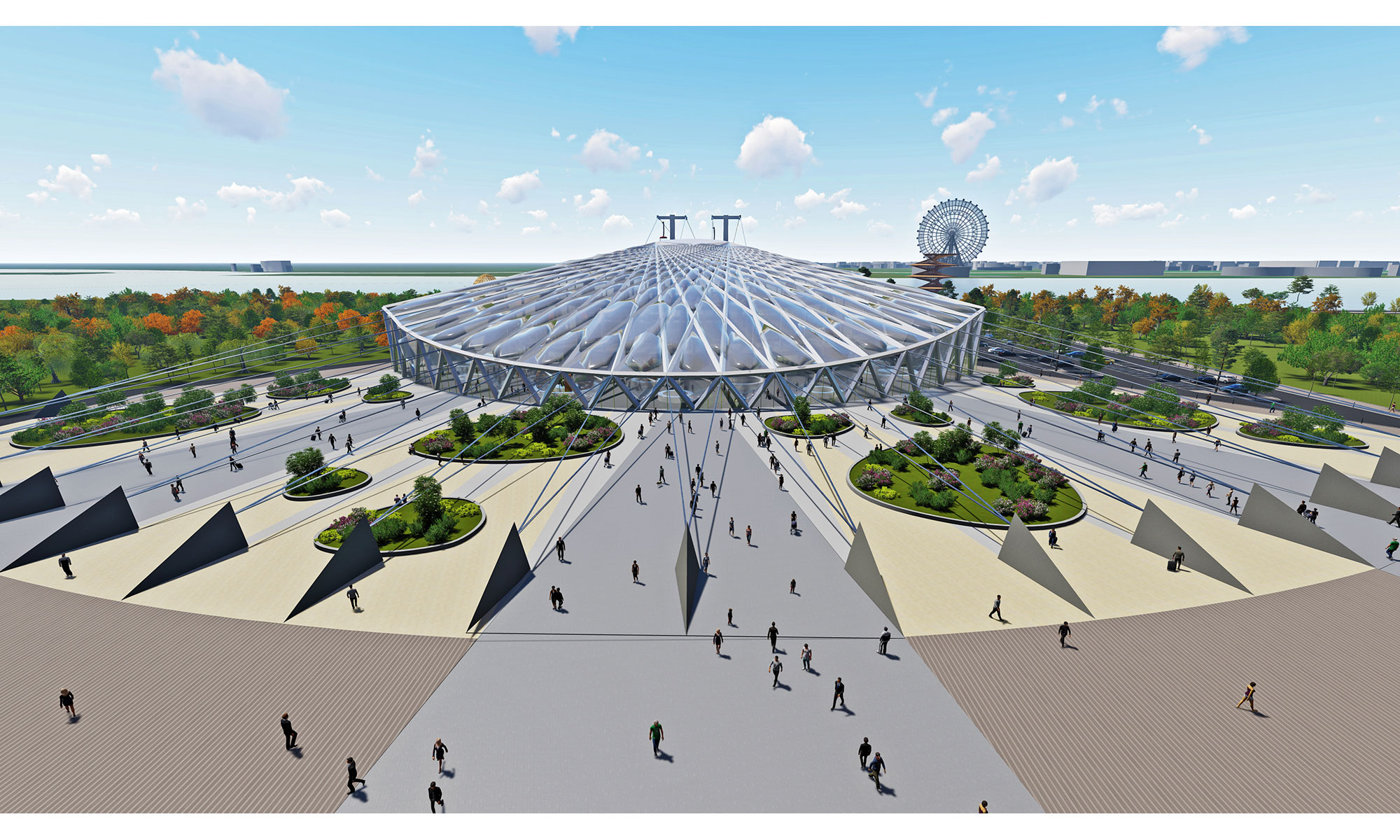 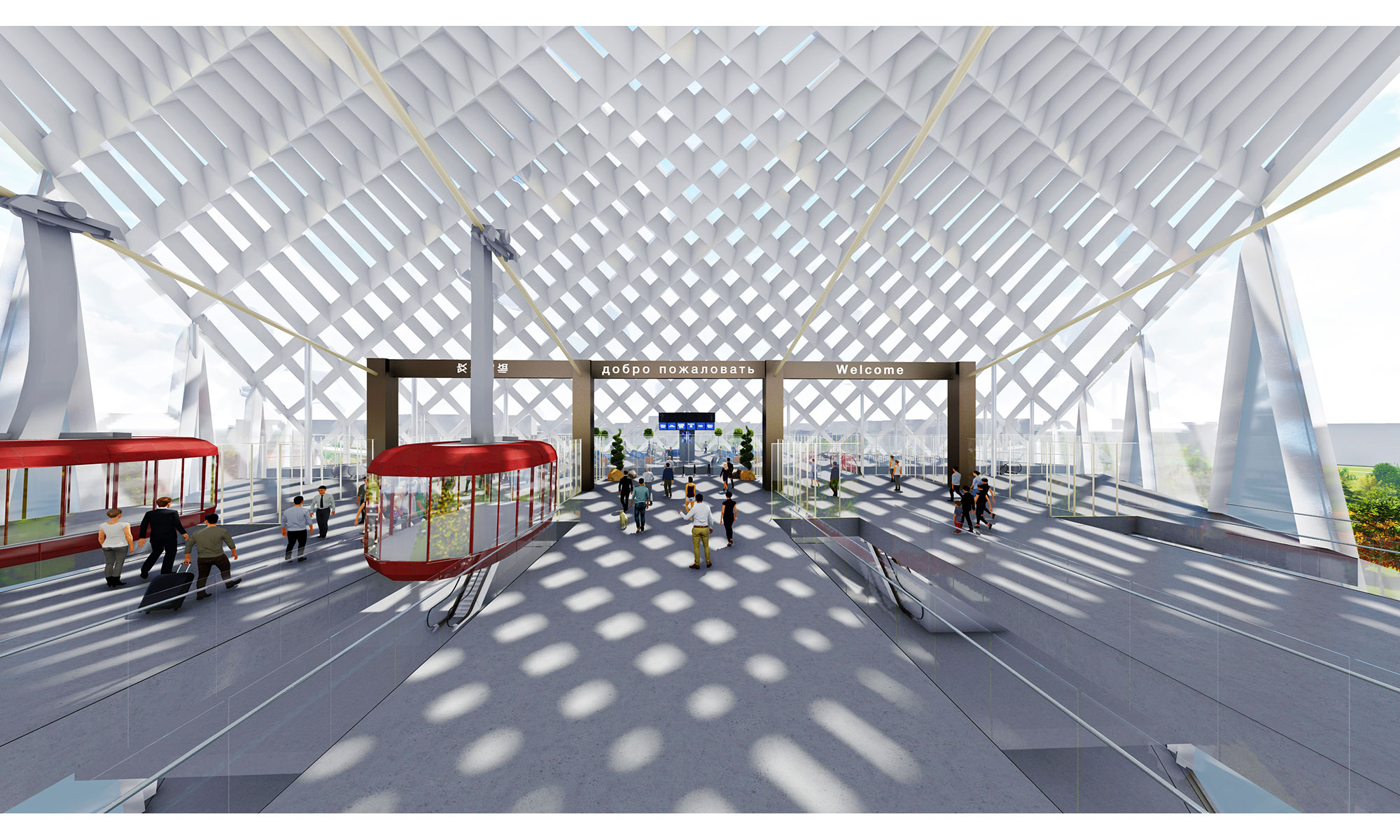 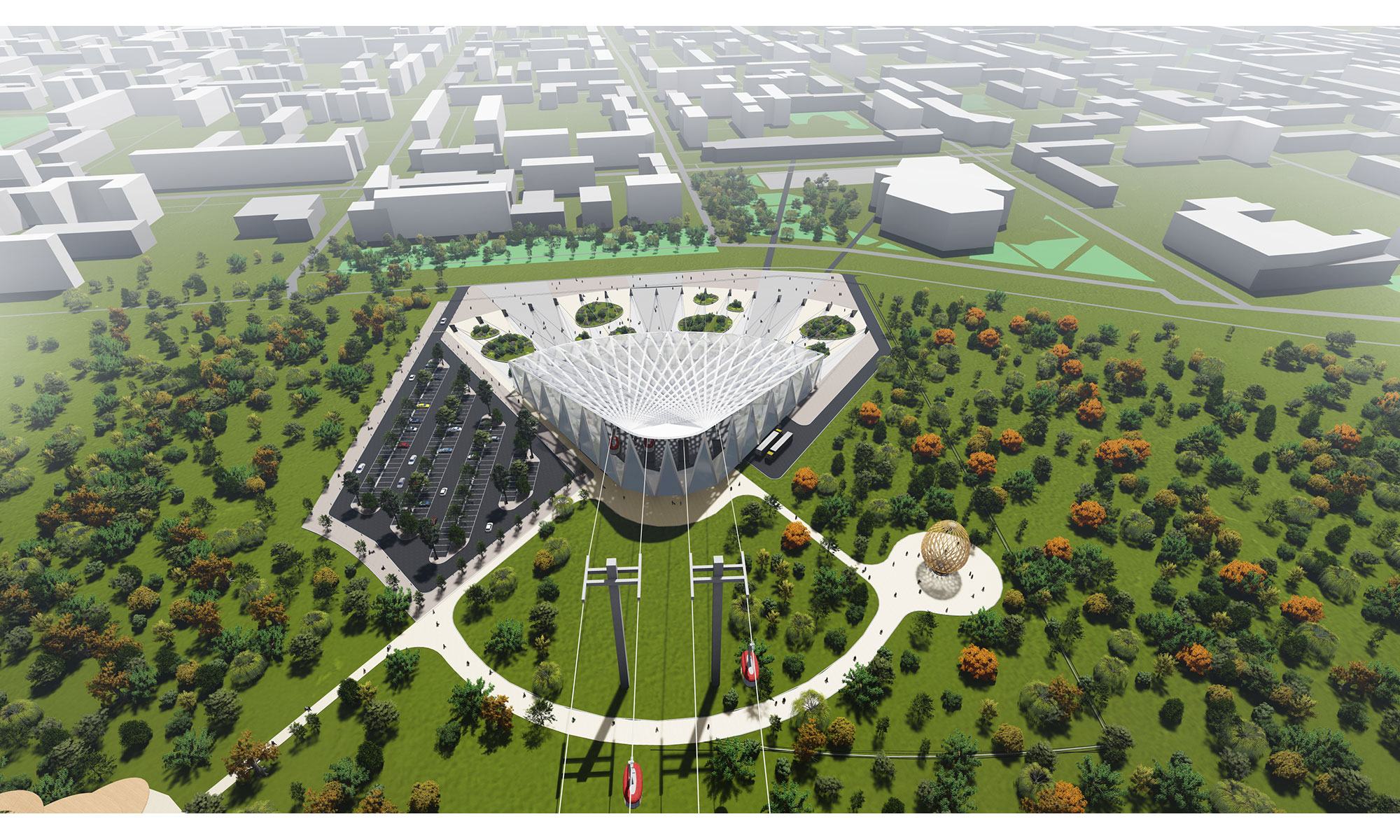 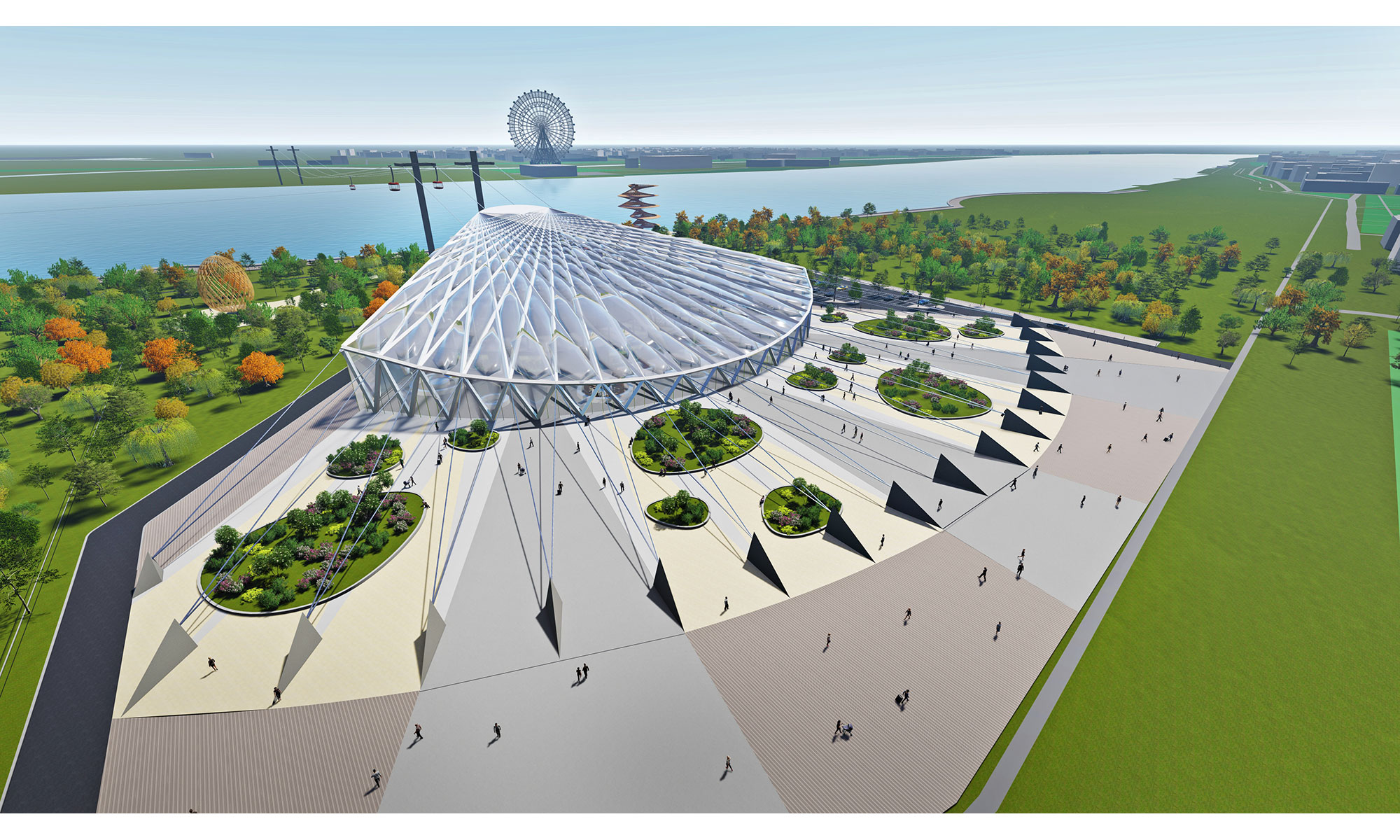 A design for the world’s first cable car and commercial centre to connect two countries.

Our vision for the external appearance is inspired by the client’s ‘Two Countries – One City Concept’. The cableways represent the two countries. For each we have created a roof grid structure that radiates out from the cableways. The two grids are then fused together to create the roof structure which symbolises the ‘Two Countries – One City Concept’.

Our masterplan transforms the Golden Mile promenade and creates a symbolic gateway between Russia and China. On arriving by cable car visitors will flow through the commercial zone into a new city park which will act as the urban gateway to the city.

People departing for the cable car will circulate up from the public galleria to the departures cross border hall and duty-free shopping areas. People will depart to the cable car via third floor departure lounge and cable car platforms. 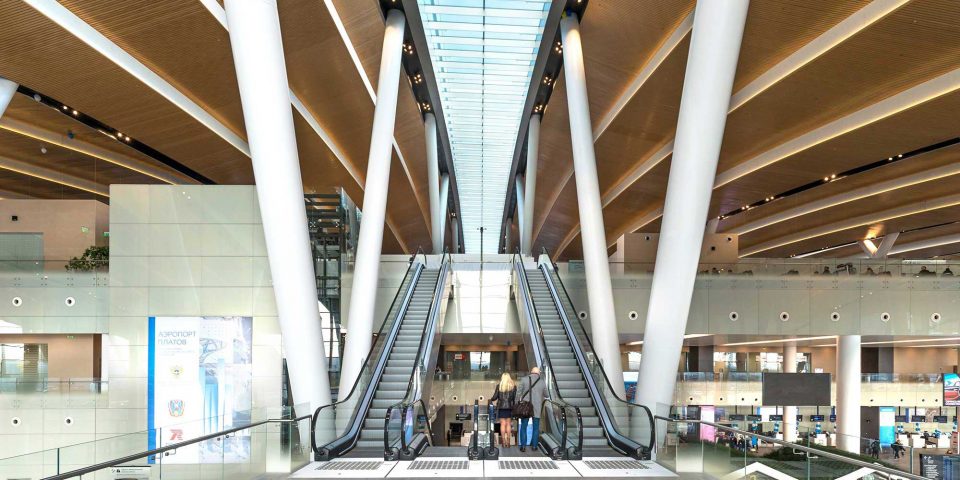