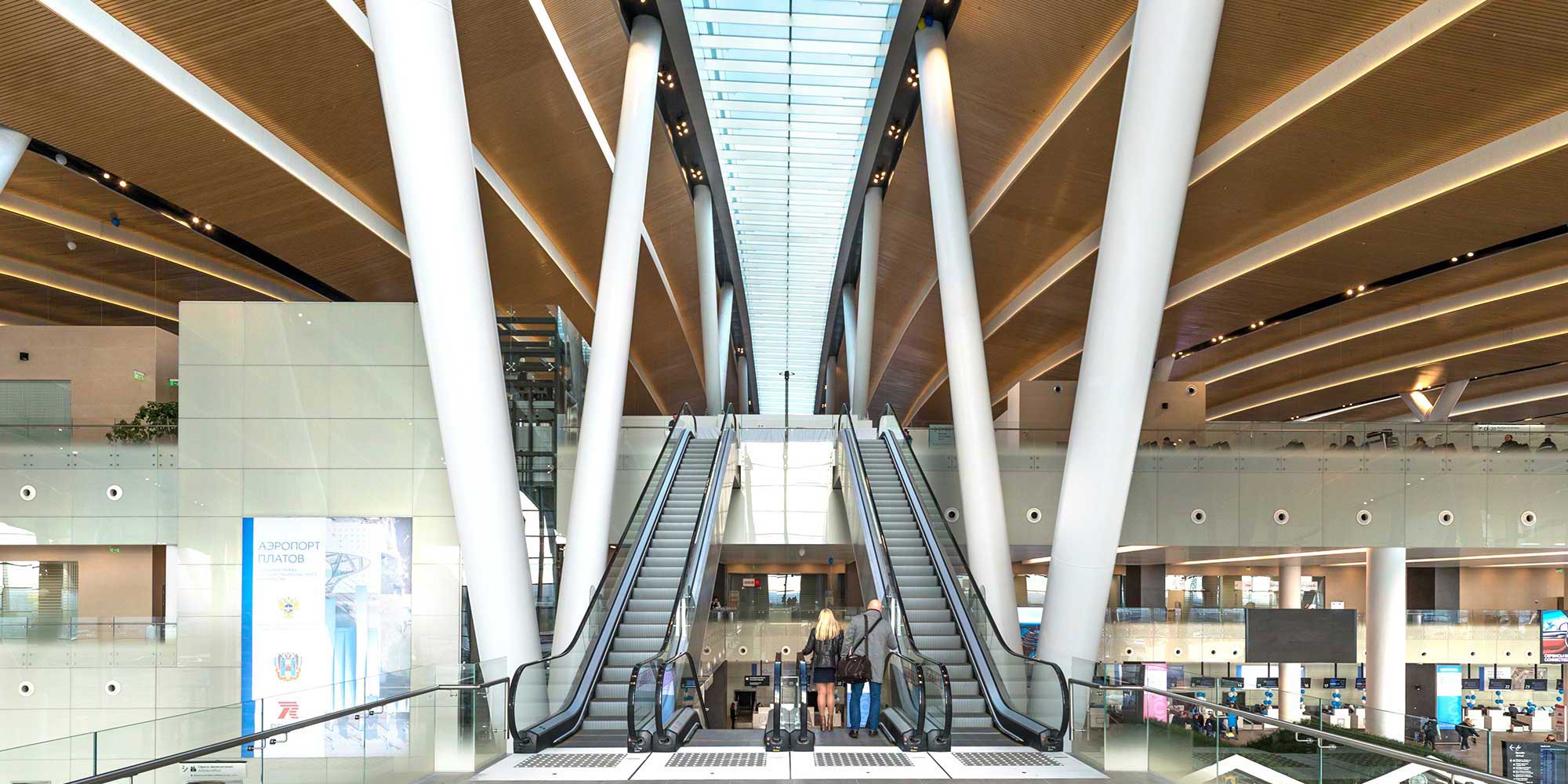 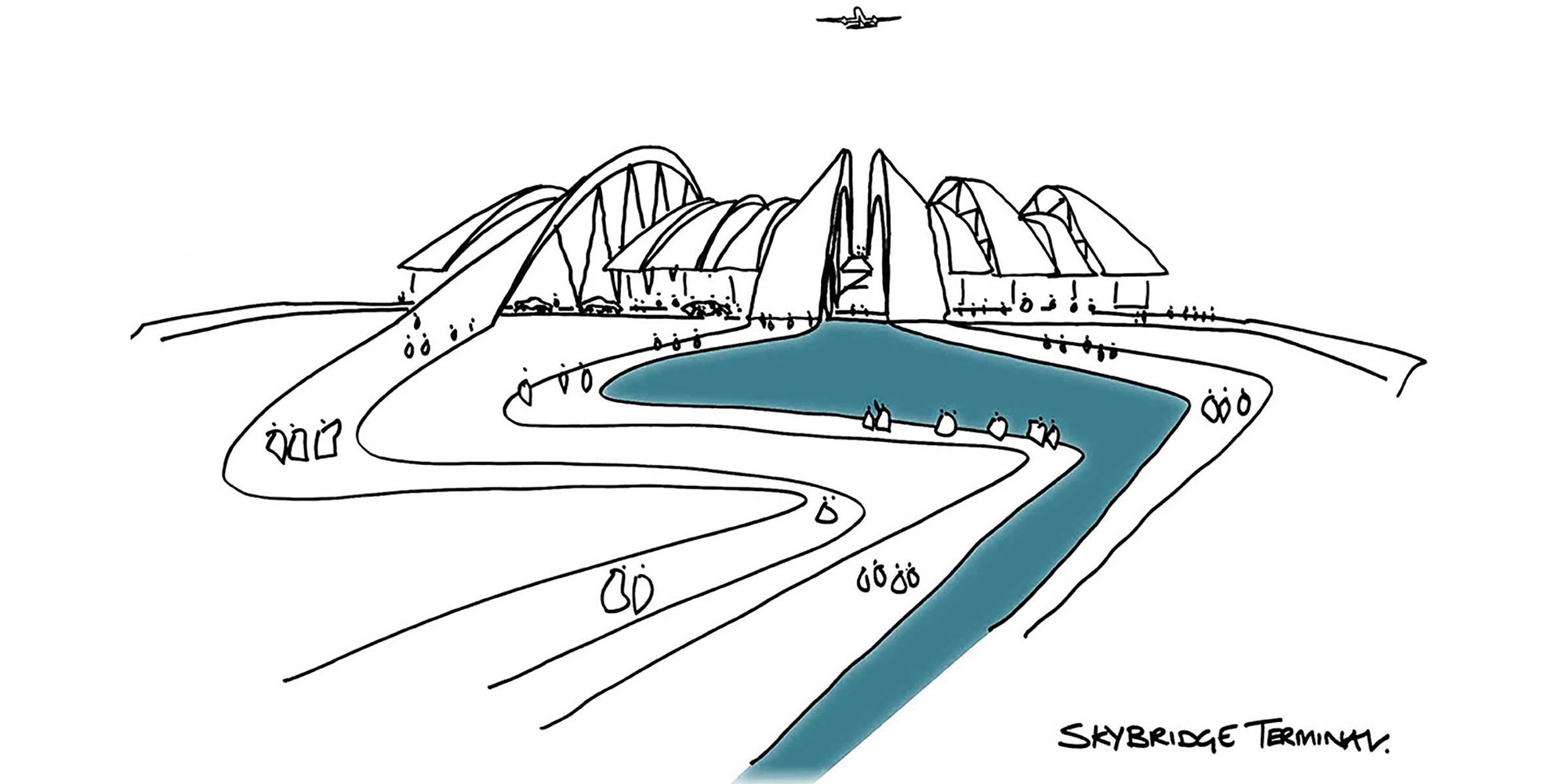 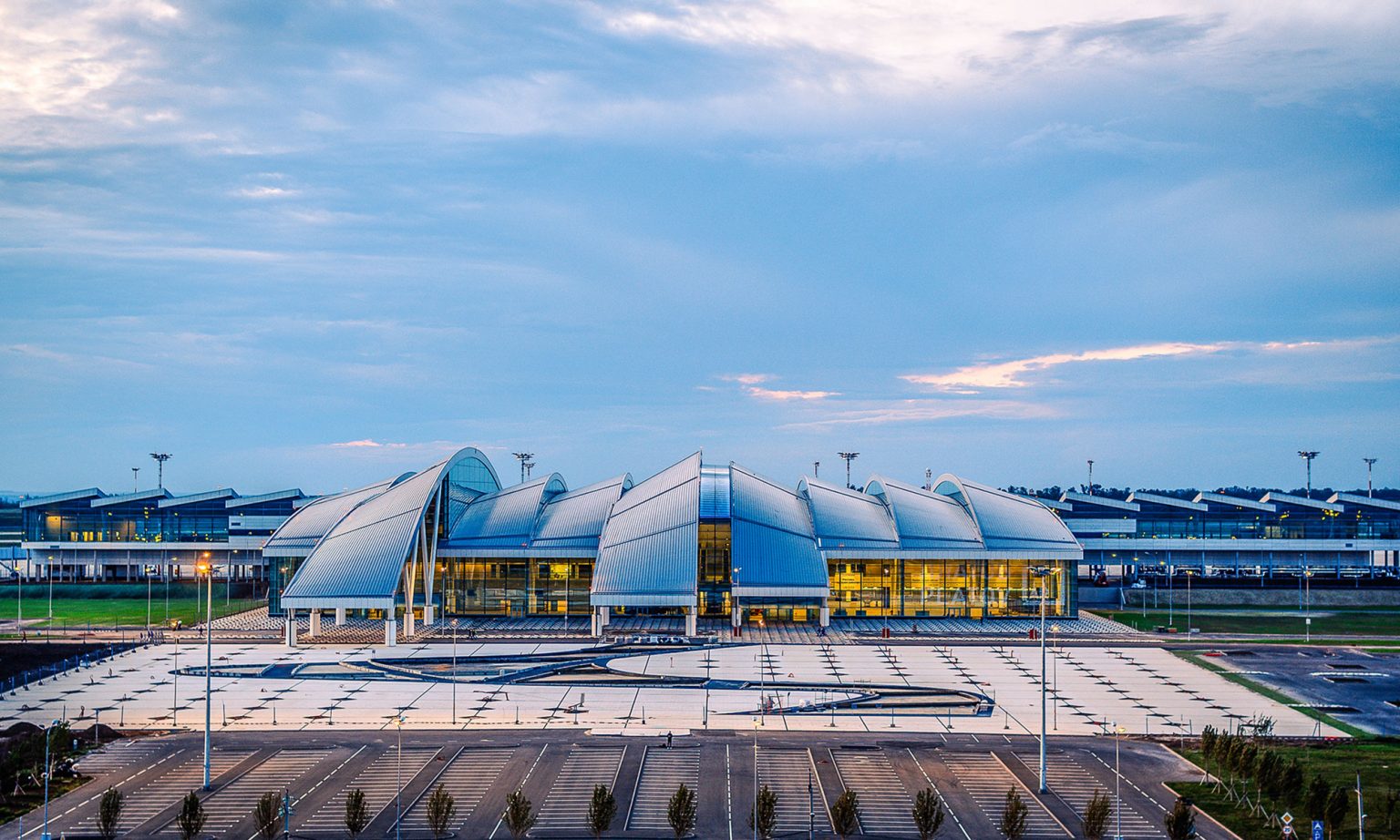 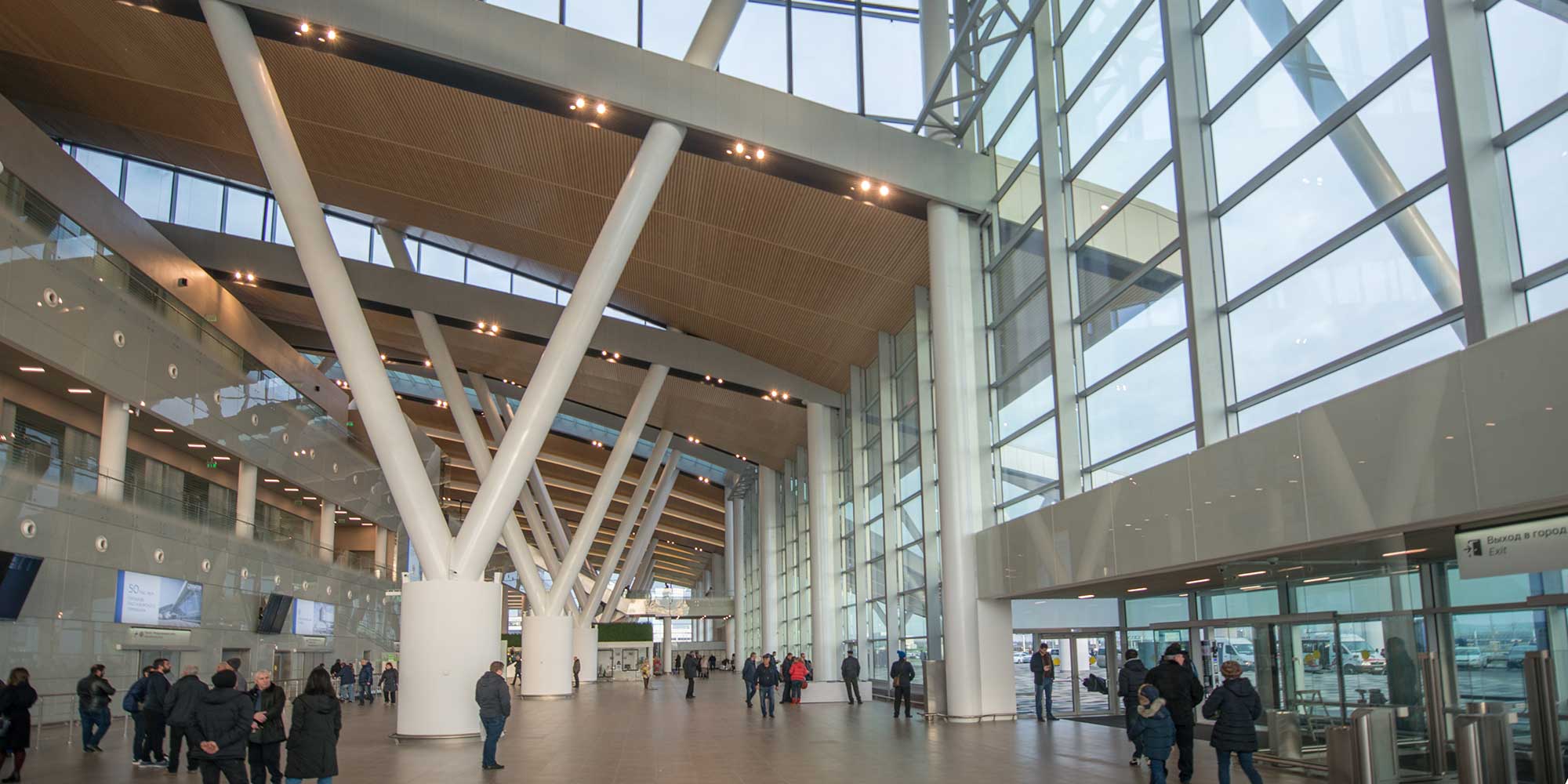 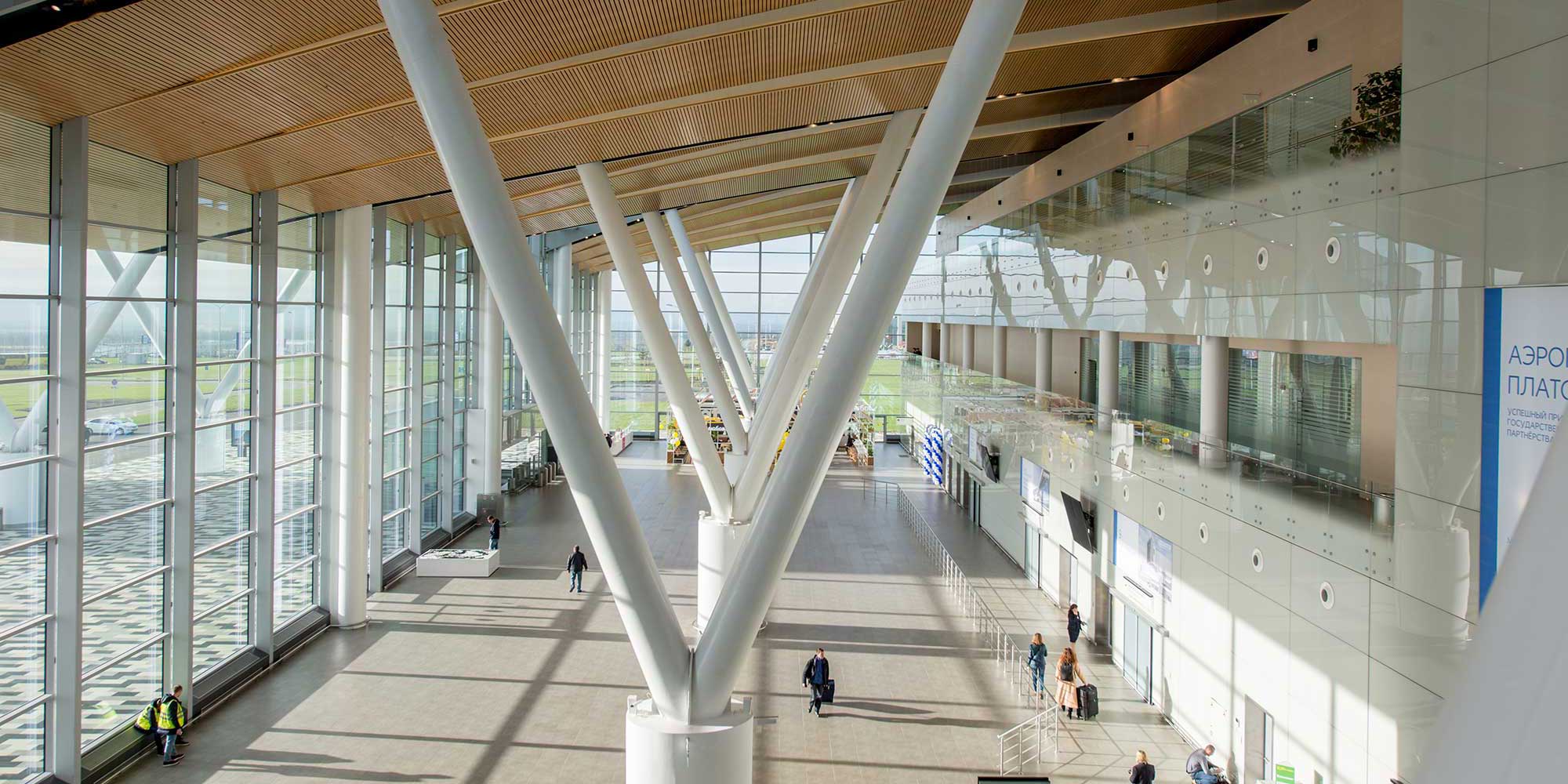 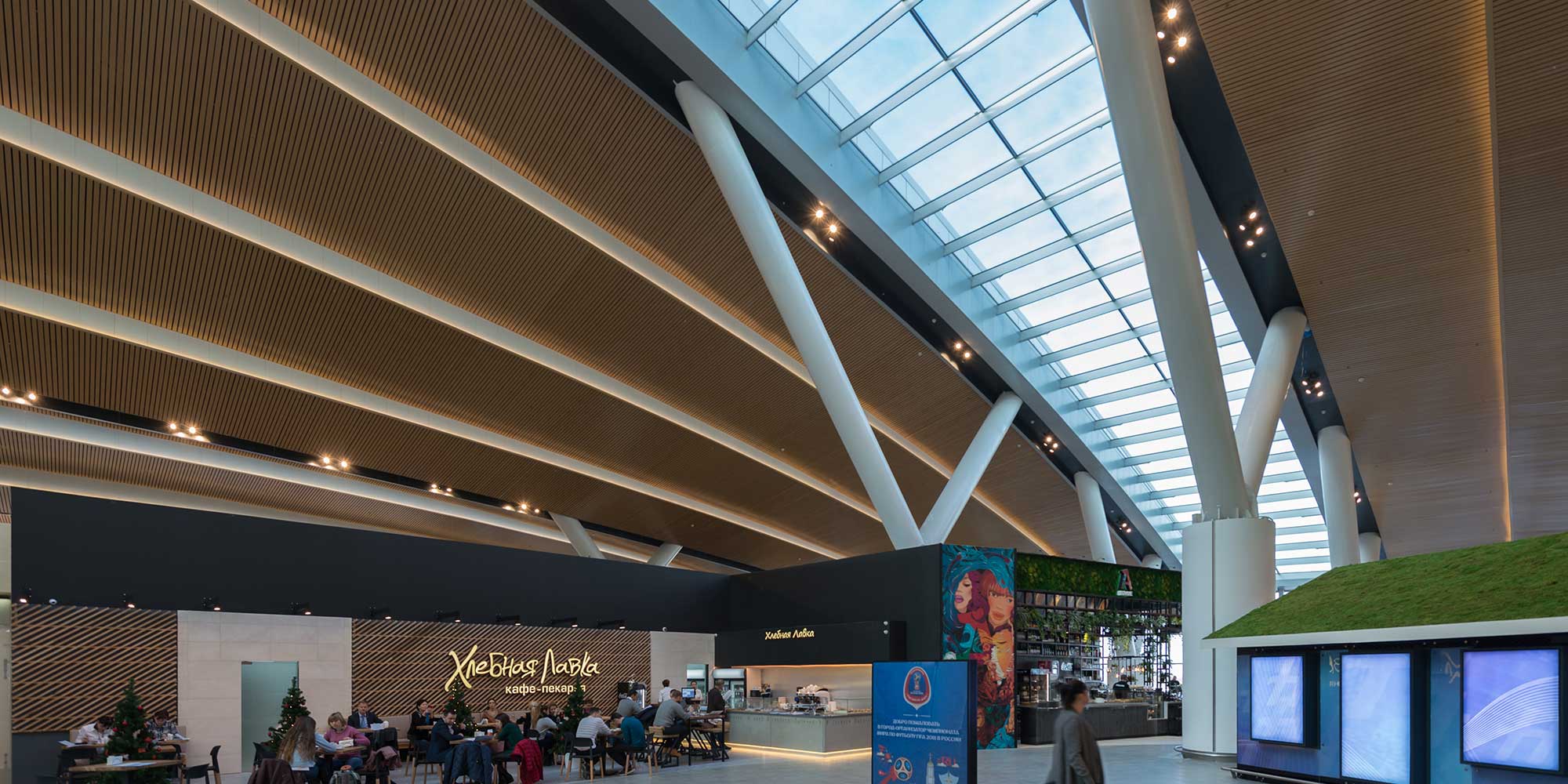 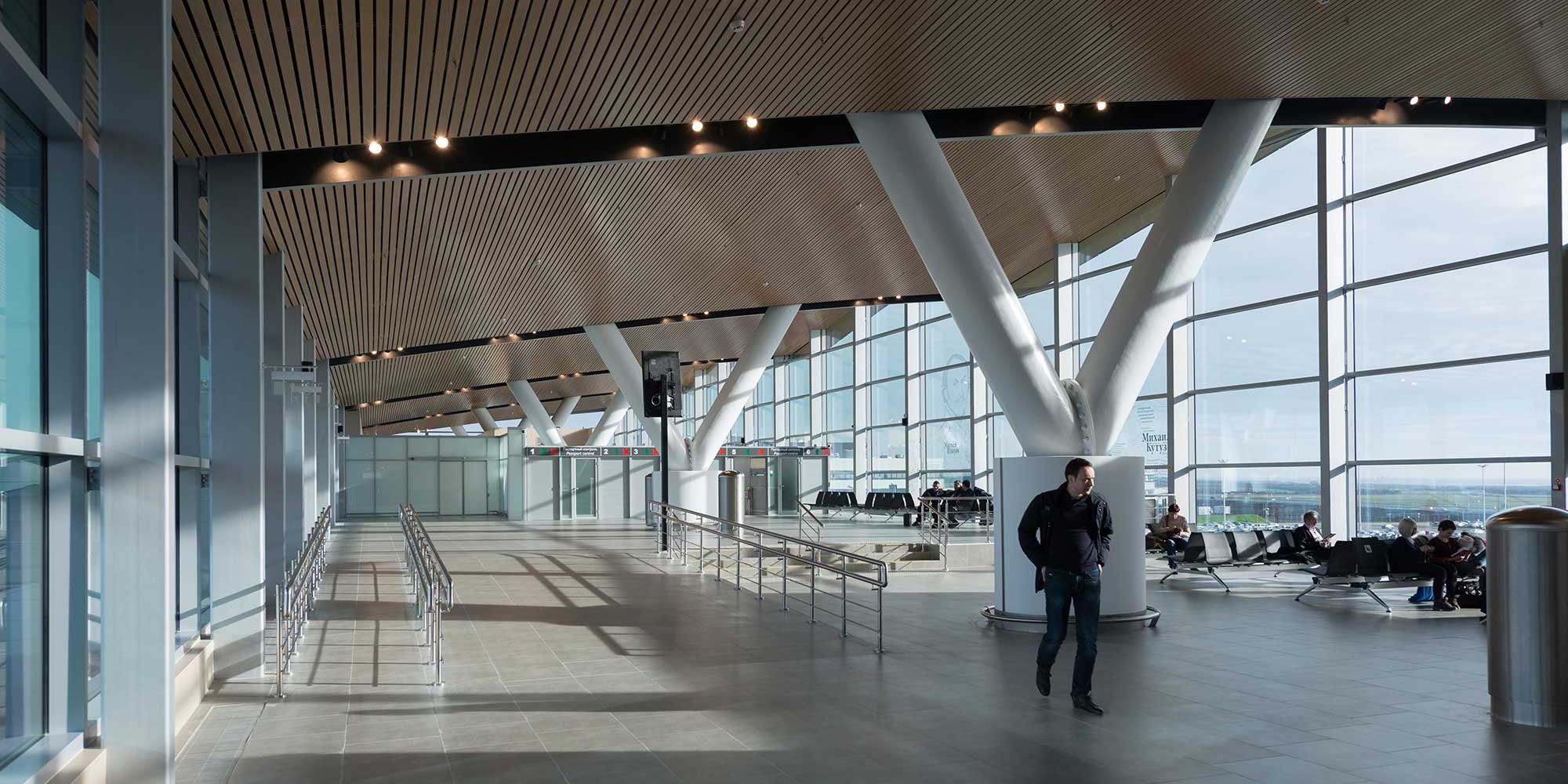 Completed in November 2017 in time for the 2018 FIFA World Cup. Platov Airport is a new international and domestic airport terminal, hotel and related infrastructure in Rostov province, southern Russia. Platov Airport is funded by the Airports of Regions, part of the Renova Group, the largest airport holding company in Russia. The terminal will meet an initial demand of 5 million passengers a year and be delivered across two phases as part of a wider transport development programme.

The concept for the airport terminal is inspired by the analogy that an airport is the ‘sky-bridge’ that connects cities and countries together. This is realised through the design of the roof which is formed from a series of elegant bridge arches. The division of the international and domestic zones within the terminal is represented by the orientation of the roof arches and an 8m wide, glazed skylight. The expression of the three larger arches celebrate the principal routes for passengers when going through the arrival and departure process and also provide covered zones to the drop off and adjacent hotel and business centre.

The terminal building is organised on an orthogonal and repetitive 16x16m grid and has been designed to easily accommodate future expansion. The roof is composed from four repeated elements arranged in an asymmetric composition.

Our design responds to local climate to create an environmentally sensitive solution that embraces passive design and renewable energies and responds to both the summer and winter climate.